That looks nice, is it Treasure? 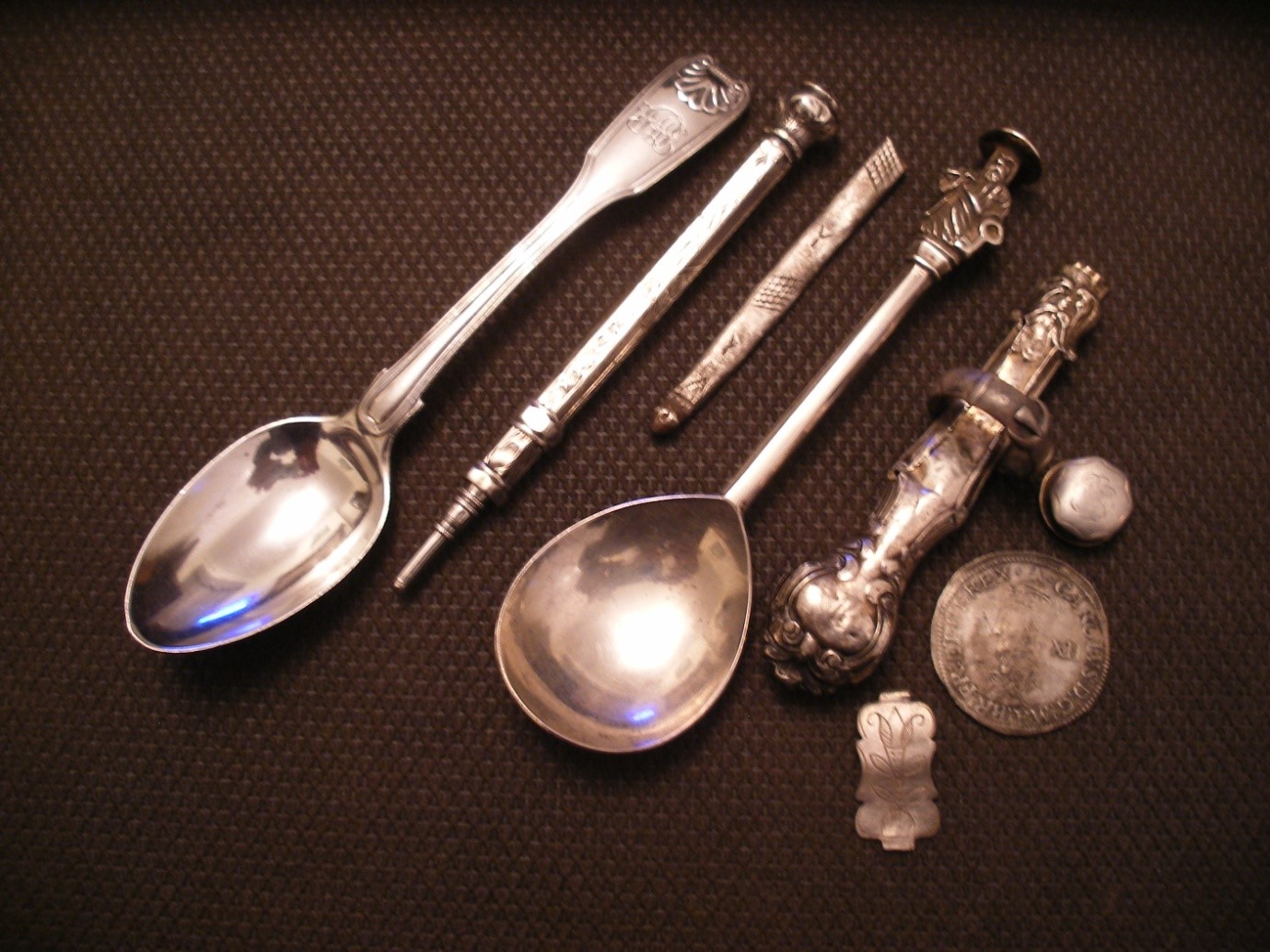 Some nice silver items that if dug the question ‘IS IT TREASURE?’ will soon be asked.

Treasure is a find that is made of more than 10% GOLD or SILVER and is more than 300 years old.

Treasure is a find that is made of any amount of GOLD or SILVER and is IRON AGE or older.

Treasure is 2 or more items found together, made of anything, that are IRON AGE or older.

Treasure is also any other items found with the item of Treasure.

Treasure is valuable stuff that was hidden, to be collected later, like bags of gold coins hidden in the war.

People get it wrong mainly by thinking that anything really nice looking will be taken away from them as TREASURE.

People get it wrong by hiding nice or even historically important items away that are safe to show around.

Treasure is 2 or more SILVER or GOLD coins found from the same loss or burial and more than 300 years old.

Treasure is 10 or more BRONZE coins found from the same loss or burial and more than 300 years old.

People get it wrong in 2 ways:

1. Something is found that looks like a coin, but if it's not actually a coin, and is a MEDAL / TOUCHPIECE etc and is made of GOLD or SILVER and over 300 years old it is TREASURE.

2. If it was a coin and has been changed by making a hole or holes in it, or gilding it (gold plating) or attaching other bits to it, then it is no longer a coin, but an artefact and therefore if GOLD or SILVER and more than 300 years old it is TREASURE.

(Note: silver coins made after 1180 found on their own with 1 hole randomly made in them are not TREASURE as it was common to do this to hold them on a string to help keep them safe. If you think it could be TREASURE, worth asking a FLO, e.g. ANNI)

This is just the basics that all metal detectorists need to know.

If you think you may have found Treasure, speak to your FLO (e.g. Anni) or a club Finds Officer (Kev Benning, Kev Gilbey or Dai Devonald) for advice. The full details of the act can be found at finds.org.uk/documents/treasure_act.pdf. 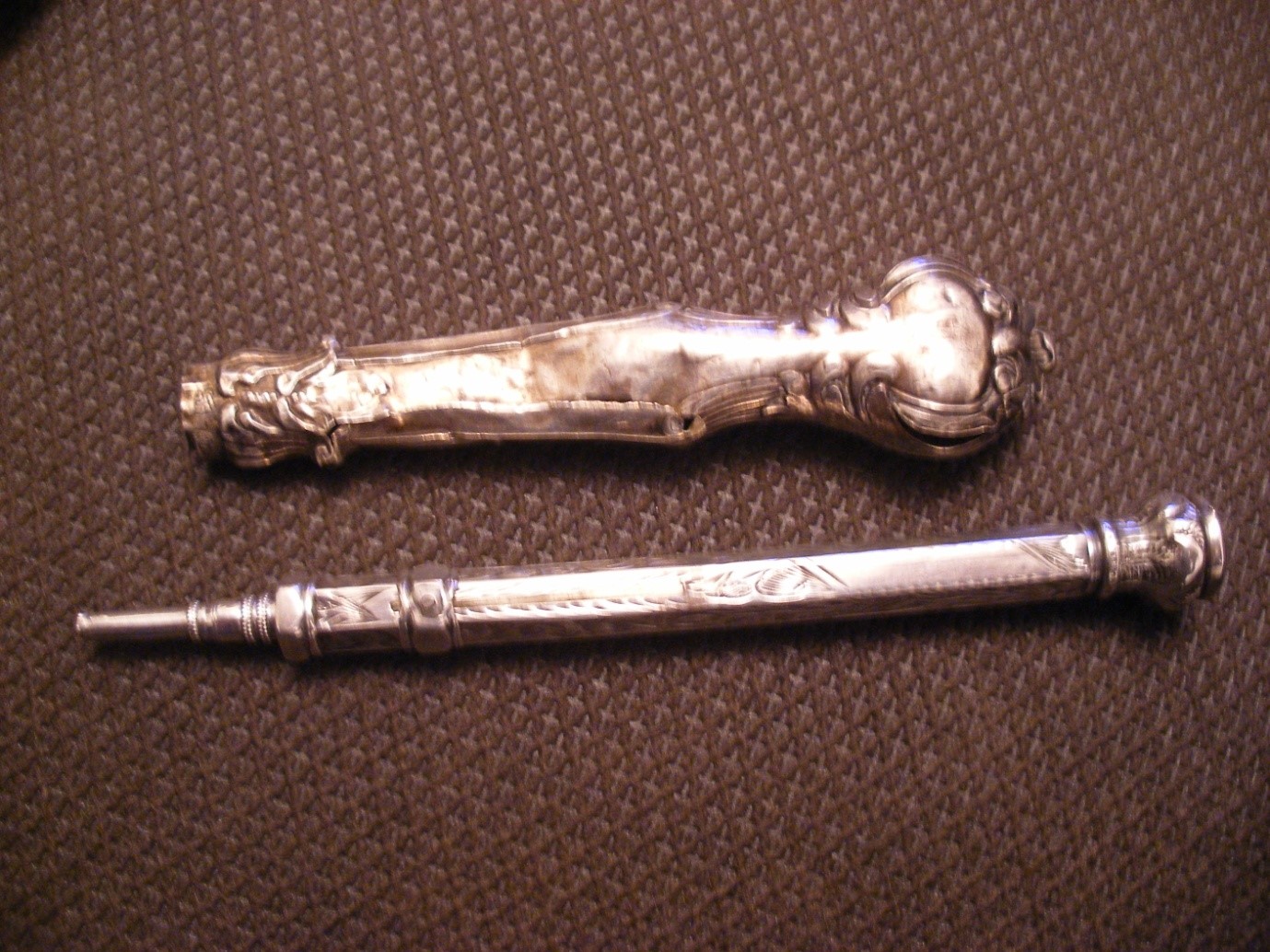 A nice silver pencil and a nice silver fork handle, both too new to be treasure as defined by the act.

We are very lucky that we can dig things up and then own most of those items and choose what we do with them. A lot of countries make it harder or impossible to go metal detecting legally.

If metal detecting in Scotland, for instance, ANY archaeological finds should be reported. In England and Wales, we can choose if we show our non treasure finds to friends and club members. We can also choose if we put our finds on facebook or forums or send pictures to magazines etc. Basically, we are able to safely do what we want with any finds that are not treasure. If you decide that you want to know more about your find and help others who have an interest in history and historical finds then you may decide to record your finds.

As a club we encourage the showing of finds by having a find of the month and a find of the year competition. We also have a topical monthly display case for members finds. We have lots of members with many years of experience in identifying just about anything you’ll ever dig up.

If your find is treasure, you have 14 days from the day after you find the treasure or 14 days from the day after you realise your item is treasure to report it. This you can do through a Finds Liaison Officer, e.g. Anni. This means that if you dug up a gold Saxon sword pommel, you can take it home, take loads of photos of it, send pictures of it to experts and auction houses for valuations or even take it to show Saxon sword pommel experts what you have found. As long as it’s reported within the 14 days, and looked after during that time, all is fine.

You may be concerned that the museum will buy your Treasure for less than it’s worth. The price is decided by a team of independent experts, but if you don’t think it’s a fair price, you can ask them to review it, and remember to send them your own valuations you obtained before you declared your Treasure. If your still not happy with the offer, you can appeal to the Secretary of State.

The process that follows, once your treasure is handed over can be a long one, often a year or more, so make the most of the time you have with your find. The next time you see your find, it may be in a museum display case.

You also have the option of deciding to let the find go to a museum for free, and maybe the landowner will do the same. You may even get to see it on display with a description card saying ‘found and donated by a metal detectorist’

Over half of everything reported as potential treasure is also given back to the finder mainly due to not everything dug being wanted by a museum. As they have to pay the fair market value for each item they purchase from the finder, there is a limit on how much they want or can afford to buy. 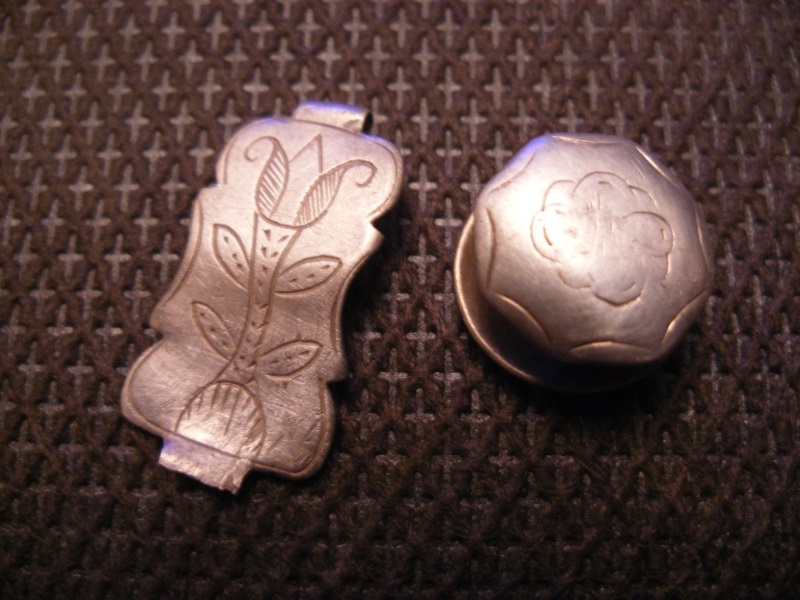 A nice silver shoe or clog clasp from the 1800s and a nice silver collar stud from the 1700s, so both too new to be treasure under the act.

Also worth pointing out that the Treasure Act is a law and the result of not reporting treasure can mean up to 3 months in prison and/or a fine of up to £5000.

When we are digging in a good productive area, as there are lots of us covering quite large areas, it is not uncommon for us to find several coins in a single visit. The question that comes up is whether its a hoard or not. The answer to this is dependent on not only how many coins are found but what coins have been found.

To understand this, a basic knowledge of the time of the coins is needed. Lets start with modern times. In my 13 years of banking, no-one ever came in to bank or hoard their money by bringing in 1p pieces or 2p pieces or even 5p's or 10p's. If you stash/bank/hoard money away today it will be in note form. Go back 200 years and it may well have been sovereigns you'd take to the bank. The copper farthings and halfpennies we dig up are not someone's hoard but just loose change casually dropped. The busier the area, would often mean more coins dropped.

Before 1694, there weren't any banks. If you had some money to stash or hoard then you would probably choose an earth bank to hide it in as they are easier to dig out without leaving an obvious mess and lump where your money is hidden. If you think you can dig a hole and bury a pot of money in it, then cover it back up so no passers by will see it, then please use this same ability when your out digging with the club. So banks were named banks as they effectively replaced river banks or hedges as a good place to keep your money safe.

Therefore the chances are that hoards will be buried in the ground before 1700.

Lets now think again about our 1p. Its buying power is nothing. You need a decent bag of them to buy a loaf and an evening meal for a family would be lots of bags of them. In the late 3rd century and early 4th century, inflation meant that their coins (we call them grots) were just the same. In places used in recent times, we find recent coins like 1p 2p 5p etc and in places used by the Romans we find grots. We find loads of theirs because they didn't have access to credit cards / internet banking / paper money instead they had to carry loads of grots around in dodgy pockets. In an area where there is obvious Roman occupation evidence in the form of grey ware (pottery) you should expect to find a grot every few meters. If you find a large amount of them together of similar types and in generally unworn condition, and you start thinking this would be enough to feed a family for the month, hey that's a hoard. Coins with more buying power, like a siliqua (a late 3rd century silver coin) you shouldn't expect to find dropped here, there and everywhere. These coins if you find scattered about in a small area are likely to be from a single deposition like a hoard or purse loss and as such count as treasure. The same goes for denari. Its not unusual to find a few scattered across a large area once popular with the Romans, but a few found together in an area with none found outside that area, you have to realise that they would in all probability be from the same loss.

So, your in a 60 acre field and word goes around that 3 people have found Lizzy pennys and someone has found a Lizzy halfgroat (2p). Some people are mumbling 'hoard'. Hopefully by now, you will be thinking loose change casually accidentally dropped individually by different unfortunate people. The hoard would be sixpences, shillings and maybe some gold ones. 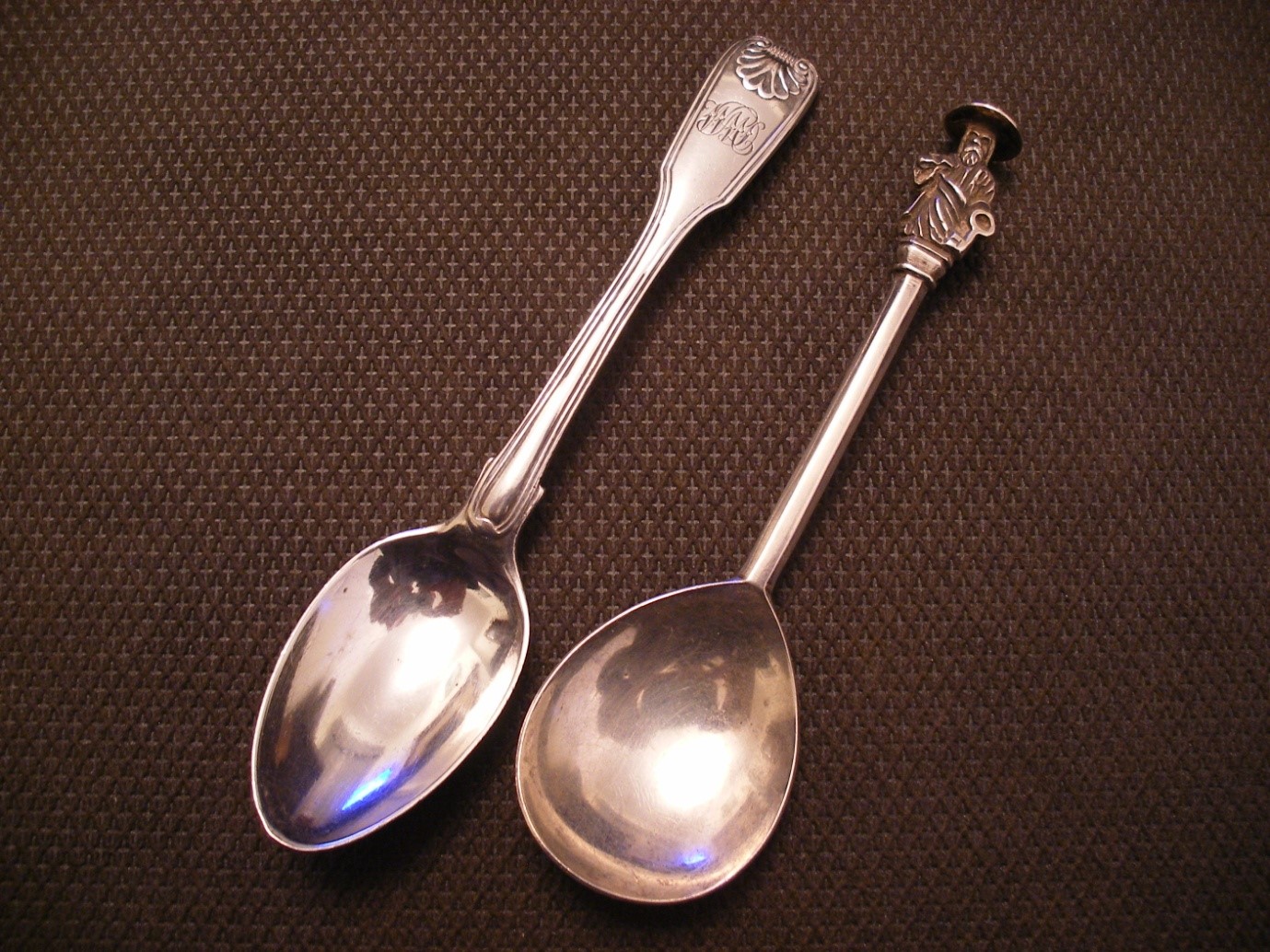 Two nice silver spoons. The left hand spoon is hallmarked for the 1800s and the spoon on the right, although the style is from the 1500s, it was made in the 1930s as a replica, so under the act neither of these are treasure.

Your in another field and shouts go around of 3 Aethelred pennies, found over by the trees. Lets consider what a penny was then. A penny was a days pay or even a tad more. It was a decent sum of money. People didn't have them as loose change to drop here and there. There were no bigger coins, as it would be like having a massive value note today. When on your hols, have you ever been to a beach side bar to buy a lager with a 500 euro note?

So basically you need to think 'are these coins part of a single deposition(hoard) or casual losses' and ultimately when a hoard is found it does rather stick out. Thoughts of loosing it through The Treasure Act can cloud your judgement, but as a responsible club we will always insist that all Treasure case coins are reported correctly, and all known coins have been since I became chairman.

Luckily, we have a lot of experienced, knowledgeable members who can advise you what your find represents. 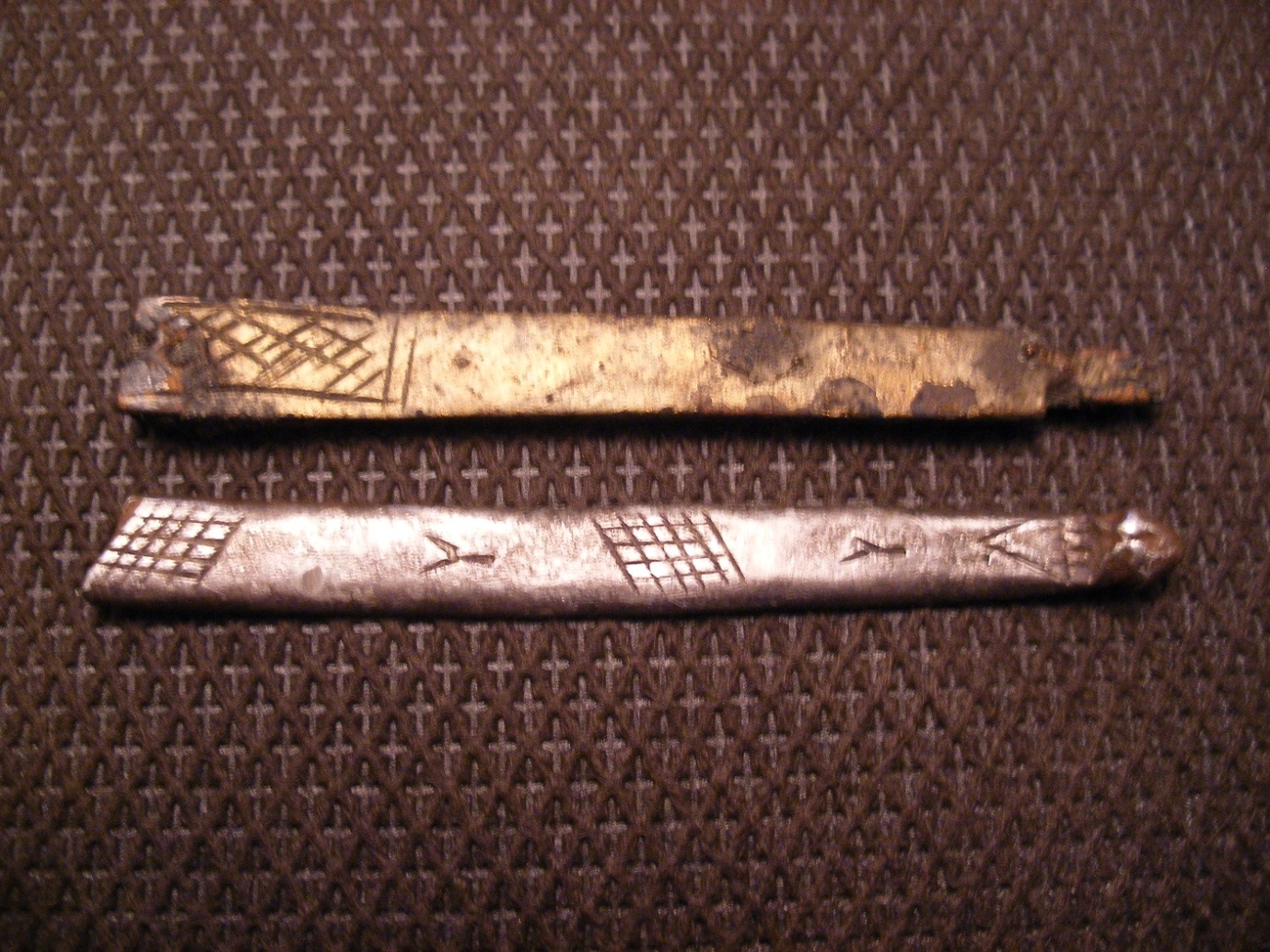 Hopefully, now all members are clear on what Treasure is and what it’s not and on the rare cases where something is Treasure that they know what should be done with it.

The main reason for writing this article, is in the hope that more members will be confident in showing their finds openly. This may be in the fields, at the club meetings, on facebook, on the Portable Antiquities Schemes website and/or on the club website.

Back to top
Go to bottom
We use cookies

We use cookies on our website. Some of them are essential for the operation of the site, while others help us to improve this site and the user experience (tracking cookies). You can decide for yourself whether you want to allow cookies or not. Please note that if you reject them, you may not be able to use all the functionalities of the site.